Sandra Rowe '96 and Brian Pilger, welcomed their second baby, Kayden John on September 2nd, weighing in at 8lbs7oz and 20 and ¼” long.  Kayden’s sister Kendall, now 3 and a half, is delighted with her baby brother. Sandra says she loves being a parent and it’s OK when her needs or meals don’t come first when she sees baby Kayden smiling and baby talking, and Kendall’s creativity, showing a beautiful world of rainbows and unicorns, and saying, “It’s fine!”

Jason Reel '99 and his wife Morgan, welcomed baby Willow Gwendolyn Reel into the world on September 2nd, in Minneapolis, MN. Jason, Amanda, Willow and their dog, Guthrie reside in St. Paul, Minnesota.  Jason’s mom, Mrs. Mona (Reel) Chaplin, says she is “smitten” and “over the moon” at being a ‘Gamma’ and looking forward to meeting Willow in person one day.

David Escay '03 married Alyssa Sacco on November 7, 2020, in Austin, Texas. Following his high school years at Bellarmine, David graduated from Fordham University, NY, with a BS in Business, Economics and Marketing and works for LinkedIn.  David and Alyssa reside and work in NYC. Alyssa grew up in New Braunfelds, Texas and graduated from University of Texas at Austin.

Kevin Stenn '03 and his wife Alexis welcomed their baby boy, Oliver Francis Stenn, into the world on 10/15/2020.  Oliver weighed in at 7lbs 15ozs, and 21” long.  Kevin says, “Oliver took our breath away from his first and we are just in awe of him.”  Oliver’s proud Nana, Mrs. Lori Stenn said she is “Proud, blessed and beyond excited to meet little Oliver!” 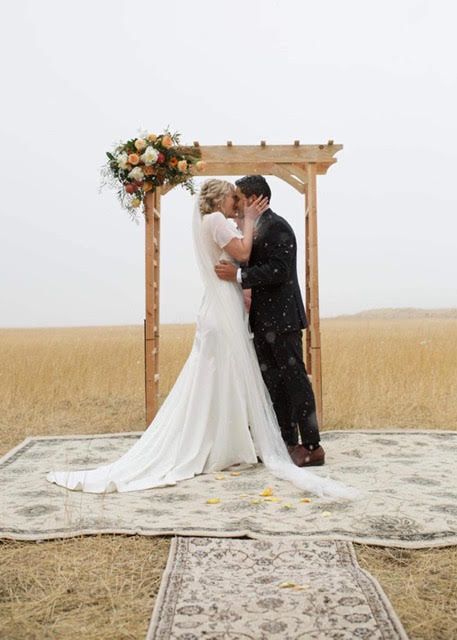 Becca Hatch '05 married Danny Montealegre on November 23, 2020. They first met while they were serving missions for The Church of Jesus Christ of Latter-day Saints in San Diego, California in 2015.  Four years later, in May of 2019,  Danny decided to message Becca on instagram and they had their first date. It was an amazing date of sushi, running through the rain together, and talking for hours in downtown Salt Lake City. They saw each other less than a week later to go on a hike, and then many more dates to follow. On September 5, Danny proposed to Becca on a bridge from one of their favorite trails. After a few months of planning a small wedding at a beautiful venue and making many changes and adjustments along the way to make it work during a pandemic, the couple had to scrap all plans of a full wedding ceremony, and instead were married in a beautiful field at the top of a mountain with their family and closest friends. At the start of the ceremony, it began to gently snow. It was magical, and it made that mountain a beautiful symbol of their new last name “Montealegre” which is translated to “happy mountain.”

Jenna Davis ’06 married Matthew Warnock on August 28th, 2020, in the Santa Cruz Mountains at Kennolyn Hilltop Hacienda. The wedding party included a number of ACDS alumni including her brother Sean’08, as groomsman, and Alexa Hunter’06 Lundgren, as Matron of Honor.  Jenna and Alexa have been best friends since their elementary school days at ACDS! Jenna and Matt attended Valley Christian High School together but never knew each other. Reconnected by their fathers in 2019, they now joke that they have an “arranged marriage!” The couple honeymooned in Sedona, Arizona, and currently live in Morgan Hill, CA. Jenna works as a marriage and family therapist and Matt works as a dentist. They both serve as youth ministry leaders for Young Life. 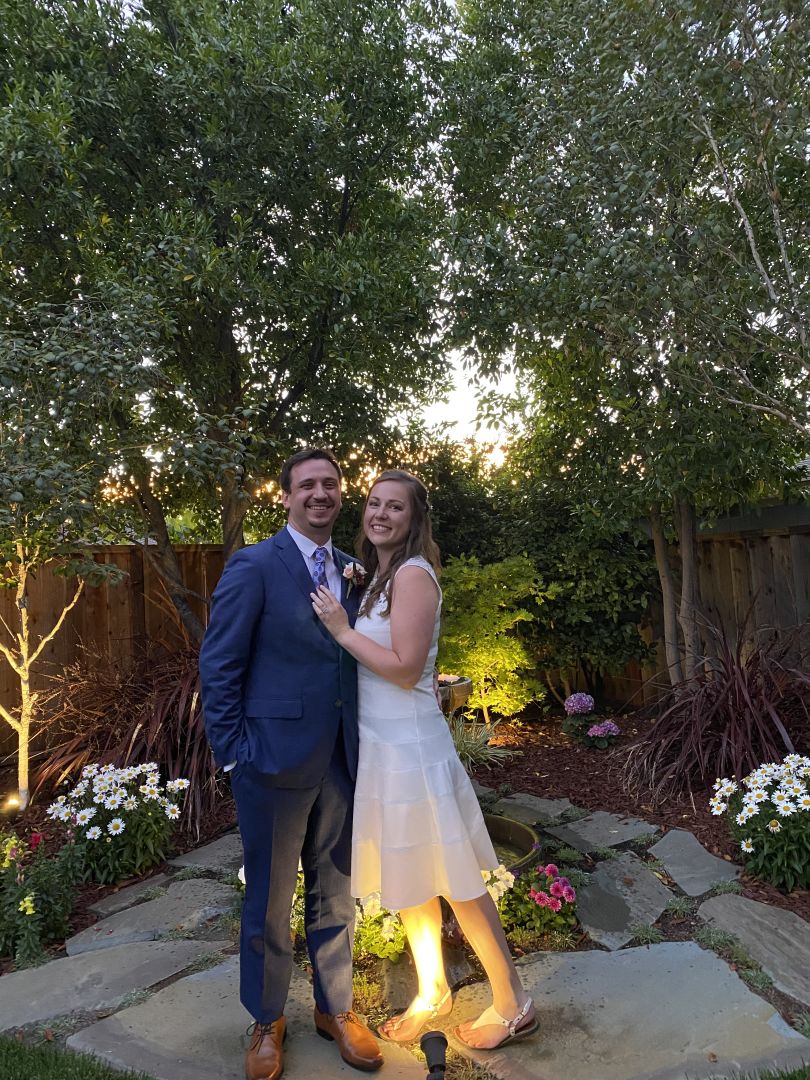 Catie Robb ’06 wed Tim Weston on June 20th, 2020 in her parents’ backyard. They met in college at the University of Puget Sound. Catie’s immediate family was present including her mom, Mrs. Cecilia Robb, Director of The Learning Center, and her brothers Jonathan’99 and Andrew’01. Andrew also officiated the wedding. Catie currently teaches middle school math at ACDS and is the 8th grade advocate. After graduating from the University of Puget Sound in 2014 with a major in Psychology and minor in Math, she completed her Master of Arts in Teaching in 2016. Tim currently works in marketing for OARS, a whitewater rafting company.

Will Hayden '08 and his wife Amanda welcomed baby Mary Frances into the Hayden clan on November 8th weighing in at 8lbs 6.5oz. The reality of fatherhood “slapped me in the face like a wet fish, but the first week was the hardest, and it’s only getting better,” said Will. He and his wife Amanda love their little girl and can’t get enough of her funny noises and puffy cheeks!

Erika Kawaguchi ’10 was featured in the October online edition of The Oprah Magazine, 22 Easy DIY Witch Costumes That Are Simple But Not Basic. Erika designed the Halloween-inspired corset and hat, drafted the pattern, sewed and embellished it to wear at the San Jose 2019 Witchy Women charity luncheon. @Erikaalamode

Maxwell Love ’19 used 3D modeling skills that he learned through an ACDS elective to develop a face mask extender to improve the effectiveness and comfort of masks, especially for younger people. Mr. Stevens, ACDS technology Coach and Innovation Specialist, plans on using the design in future classes.