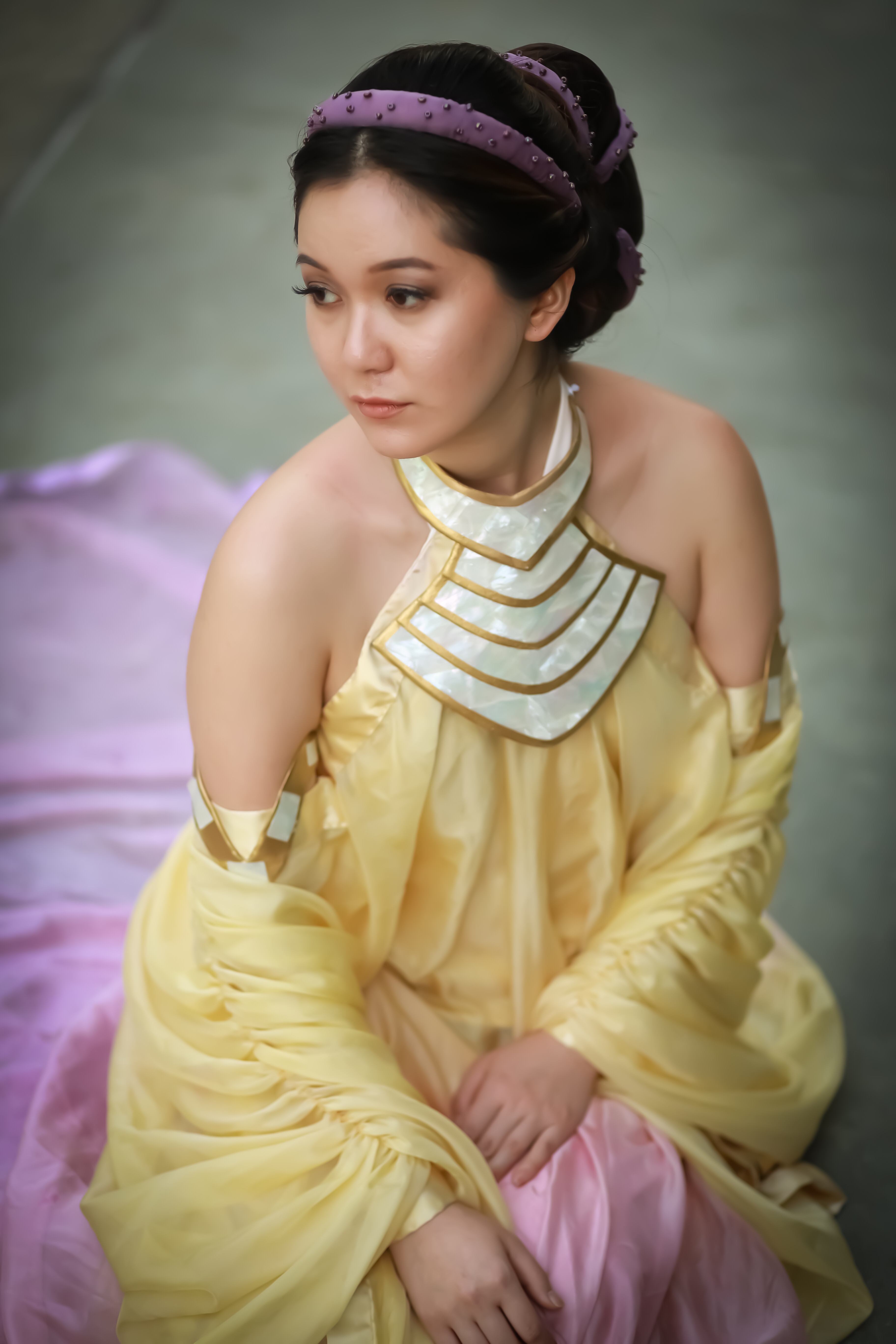 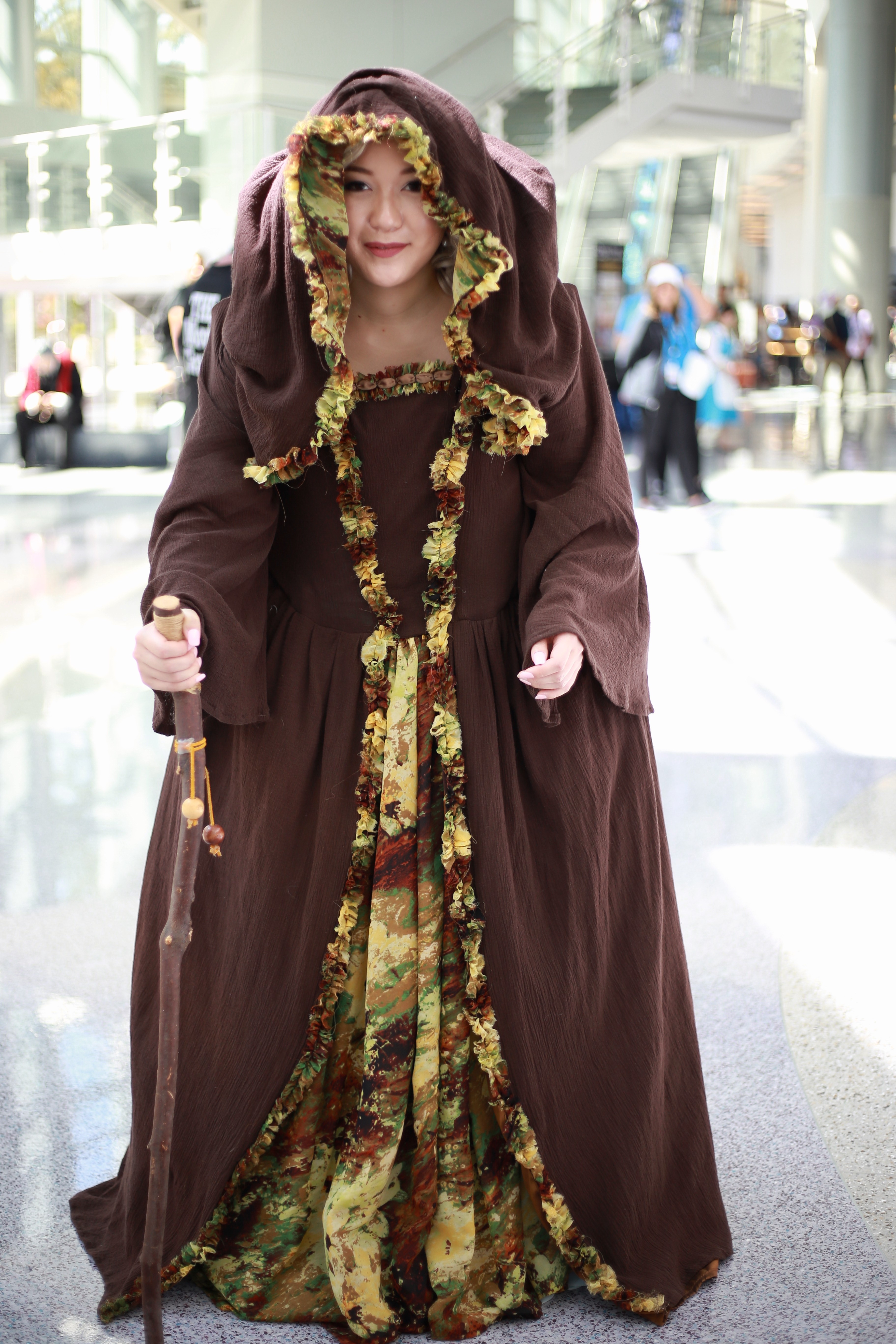 Erika Kawaguchi’10 attended ACDS from Kindergarten to 8th grade, then attended Archbishop Mitty High School. She graduated with a BA in Human Rights from Columbia and a BA in Political Sciences from Science Po Paris in 2018.

While living in New York, Erika says that she saw a few too many Broadway shows, and in that time, dreamed up a costume that transforms from the old beggar woman into the brilliant explosion of sparkles that is Cinderella’s Fairy Godmother from the 2015 film.  She drafted the patterns herself, based on extant eighteenth-century garments, and constructed historically accurate foundation garments to give the costume the proper shape. She showcased her gown, which is made from over thirty yards of fabric, for the official Disney costume competition at the D23 Expo in Anaheim this past August. At the Expo, Erika met with Disney archivists who worked with the actual Cinderella costume to compile the Disney Art of Costuming book, who told her that she looked as if she had just stepped out of the book!

Erika’s favorite tradition was DEAR (Drop Everything and Read) Days. She enjoyed getting to lay on blankets, read all day, and read whatever she wanted! She remembers powering through several Magic Tree House books one year, and bringing her collected works of Jane Austen, another year. 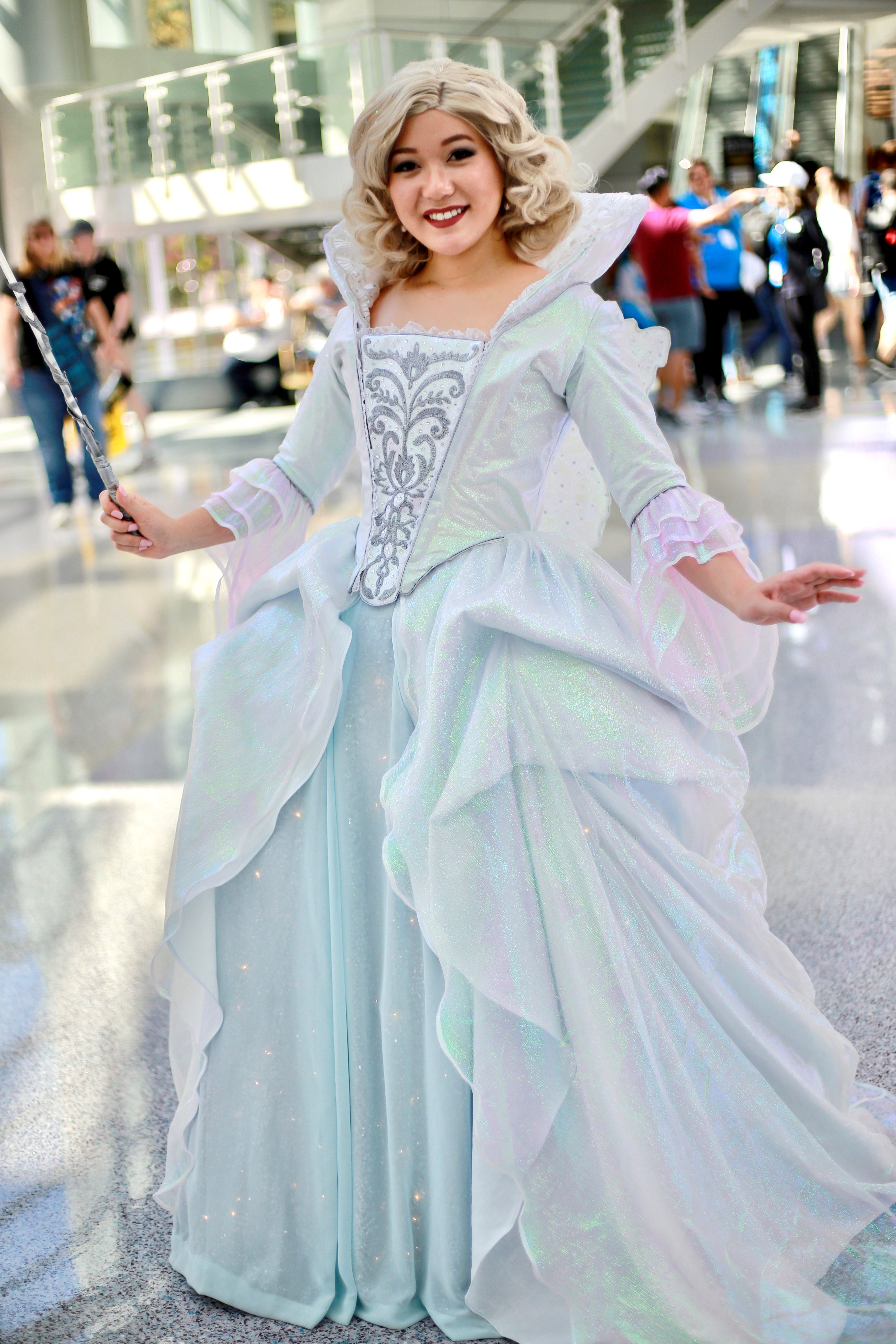 Erika says that Ms. Egli has been a big influence on her. In seventh grade, she spent a lot of time in the library reading with Ms. Egli, eventually creating the first Author Celebration together, where they turned the whole library into the Hogwarts Great Hall, with house banners and chocolate frogs and glow sticks hanging from the ceiling on fishing line.  Erika dressed up as a Hogwarts student to play games with the younger classes.  The next year it was Percy Jackson and The Magic School Bus, then Narnia and the Magic Treehouse, among so many others.  Now she travels across the country for costuming events and cosplay competitions.  Erika says that Ms. Egli gave her permission to indulge her inner nerd, and that’s gotten her through a lot.

One of her fondest memories of ACDS actually happened after she graduated. She game back to school with a group of friends from her graduating class to help Ms. Egli run the Author Celebrations in the library. They reenacted the Hogwarts experience complete with a rousing musical number and a duel “fought” across the library tables. She was completely exhausted by the end of the week, but had so much fun!

Erika’s advice to current ACDS students is to “Find something that makes you happy.” She adds that “ACDS is such a creative environment; I read mountains of fiction, I wrote my own stories, and I played dress-up in the library to convince kids that reading is fun. The world outside will push you to be something or another, but at the end of the day, whatever you do is only worth doing if it brings you joy.”

Her advice to prospective families is,” ACDS wasn’t just a school for me; it was a formative experience.  The teachers and staff really care about their students.  They care as much about education as they do about personal development, and the kind of person their students will become.  Many of my teachers were so influential that we keep in touch today, at least a decade since I’ve been in their classes. ACDS is a community.”