Last year, Jackson’s interest in helping others led him to Amboseli, Kenya where he helped to teach the Maasai people how to retrofit their huts and install chimneys and solar panels. Rewarding experiences like these led to him to pursue a degree in Civil Engineering at Santa Clara University. 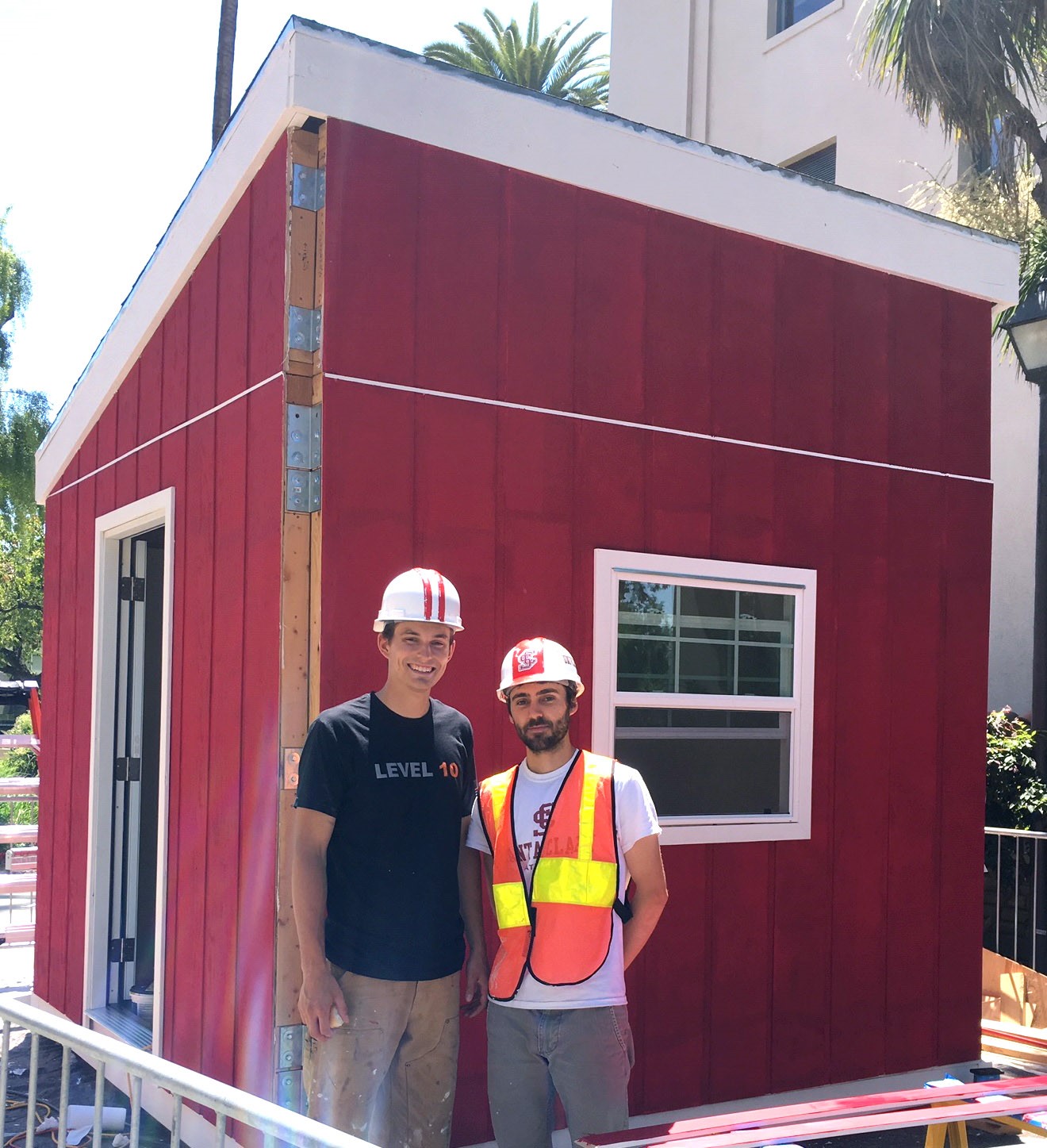 While at Santa Clara University, Jackson continued to find ways to use construction to help bring about positive change. Jackson served as Building Chairperson for the SCU Chapter of Habitat for Humanity. In addition, he joined the SCU Chapter of Associated General Contractors of America (AGC), and competed for three years at the Associated Schools of Construction Competition in Reno, Nevada as a member of the Heavy Civil team. Jackson also served as President of the SCU AGC Chapter during his senior year.

Jackson recently completed his year-long Senior Design Project. It consisted of working with the City of San Jose on their Bridge Housing Community (BHC) Project. The BHC constructs “tiny home” cabins to provide temporary housing for temporarily homeless citizens of San Jose. Jackson and his project partner helped to design and construct a prototype that is far more versatile and mobile than the type currently in use. It uses panelized wall sections to allow for customizable cabins that can house not just individuals, but families as well.

After graduation on June 15, 2019, Jackson will start work as a Project Engineer at Blach Construction Company in San Jose, California, where he worked the past four summers. He will continue to pursue his love of building while directing that passion towards helping the people who need it most.