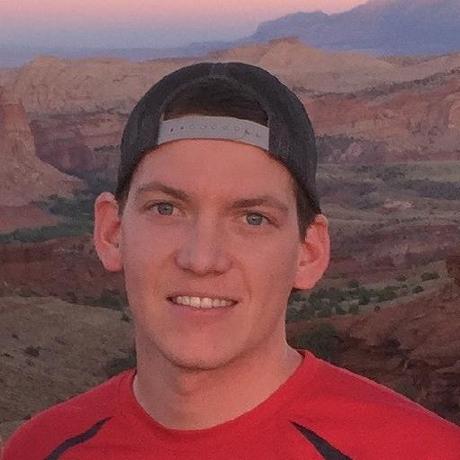 "He says, “My recent research has been very exciting. I recently deployed an improved algorithm for use by JPL for detection of methane plumes from an airborne instrument, AVIRIS-NG. This research has just been accepted for publication in IEEE Transactions on Geoscience and Remote Sensing. This work is very dependent on high performance computing, so I’m very grateful to be at the Scientific Computing and Imaging Institute, where I have access to some of the latest high-performance computing technologies to use in my research.”

Markus also completed an internship at NASA Jet Propulsion Laboratory in over the summer "to collaborate with researchers there from methane detection.  I'm also currently working with clinical staff at Huntsman Cancer Institute on a new project in radiation oncology to characterize and improve the radiation therapy delivery, especially with the proton therapy addition that is due for completion in late 2020."

In terms of his ACDS experience, Markus tells us “The Thanksgiving Feast was always enjoyable. It’s nice getting a day to focus on eating instead of classwork.” He also says that, “The grade plays that Sherry Curtis directed were also very fun. Participation both on- and off-stage was a great beginning for my continuing involvement in both acting and technical theatre through high school.”

Markus enjoyed both his 7th grade Catalina Trip and 8th grade tip to Washington, D. C. He tells us that  his favorite parts of the include “the Night Hike with ‘experiments’ about night-vision and sparks of light from life-savers mints, and the night snorkel when we saw bioluminescence in the ocean water.”  On the D.C. trip, he remembers that they traveled on his birthday and his mom, former ACDS teacher Mrs. Dianne Foote, surprised him by hiding surprise gifts and chocolate in his luggage. Markus tells us that “Visiting both of these iconic places in class trips was very fun.”

When asked how ACDS has had an impact on his career, Markus tells us that “I really enjoyed participating in the Lego Robotics Program. This program gave me an early experience in programming and understanding electromechanical systems. Now I just work with programming for systems that are more expensive and more dangerous.” He goes on to say that, “I’m also thankful for how much technology was embraced in the classroom, especially in middle school. I remember using (early) iMovie to produce various movies for class projects, which I think improved both my communication and team-work skills. These are both very valuable in my graduate work.”

Markus tells us that some of the most significant relationships he had at ACDS were with Mr. Steve Hayden and Mrs. Nan Hunter.  Mr. Hayden taught a time-management elective, and Markus tells us one thing stuck with him.   He explains, “I especially remember the object lesson of filling a glass jar with big rocks, then pebbles, then sand, then water – the other way around won’t fit everything, and good organization starts with the big items first.” Regarding Mrs. Hunter, he tells us that “Nan was always friendly and welcoming at school-wide assemblies, and singing the many (and many patriotic) songs at assemblies with classmates helped shape my personal ideals.”

Markus’ advice to current students is to “involve yourselves in as many groups and friend groups as you can,” and what he would say to a prospective family is “I treasure the math and science knowledge that I earned at ACS and it was especially rewarding in high school and all my current successes are built on it. I also fondly remember all the extra-curricular activities at ACS, like chess club and the basketball team. The involvement and atmosphere in the classroom during my time at ACS was really well complemented by the activities outside the classroom.